Ξόβεργες (pronounced 'xOveryes' ) is embedded in the innovative bioclimatic apartment building Ellinicon 3 designed by Thanassis Chochlidakis and constructed by Axiacon. The design and construction of Ellinicon 3 is based on their shared recognition of the public dimension of private buildings, not only regarding their environmental impact but also in the way in which they intervene in a landscape.

Chochlidakis’ approach is characterised by simplicity and minimalism. His design considers the surrounding area to be not only a landscape into which the new building must be incorporated, nor merely urban fabric into which it must be harmoniously integrated. Chochlidakis considers the social significance of the location, which leads him to examine its multiple meanings. Memories, recollections, feelings and sensations are interwoven with the lives of buildings and the places where they are located, and they are in part erased when a building is demolished.

With this concern as his starting point, Chochlidakis invited Fotini Gouseti to work with him on Ellinicon 3. Based on her own research into the area around Elliniko, Gouseti produced ξόβεργες , a site-specific work which aims to preserve, and shed light on, the memory of the place and its people.

Mass settlement of Ethnic Greeks from Asia Minor in the area of Elliniko occurred after the tragic events of 1922 and a year later after the exchange of populations between Greece and Turkey under the Treaty of Lausanne. Although the cultural memory of those refugees is now in danger of dying out as a result of changes to the area, ξόβεργες aims to avert its extinction. The work has its origins in a conversation between Gouseti and Manos Markoglou, a local resident whose stories are a distillation of the hundred-year social history of the area. For Markoglou, the natural environment has a social dimension evident in his description of the once popular boyhood activity of boys putting lime-twigs* in pistacia shrubs to catch goldfinches. Nowadays, goldfinches are only found in cages in Elliniko, while pistacia trees are rare.**

Ξόβεργες is an installation that crafts a dialogue between private and public space and consists narratively of three parts: an engraved text at the entrance accompanied by a bird composition on the perimeter wall of the building, a mural in the foyer, and finally an installation of a flock of goldfinches on the sliding screens on the front of Ellinicon 3.

This last element is meant to be interpreted as a good omen. In ancient Greece there was no holy book, so the revelation of the divine was usually made through divination. Augury, the reading of omens, was one of the ways of foretelling the future and is rooted in older religions. For the needs of a prophecy, an augur would sit in a particular spot, normally facing north, and observe the behaviour of birds (pre-eminently birds of prey). Their flight through the air but also their numbers were interpreted as evidence of what was to come. A flock of birds flying from right to left was thought to be a good sign.***

During the construction of the building, the nearby, abandoned Ellinikon Airport (Athens, GR) became a temporary refugee camp.

* In Greek, ξόβεργες, the title of the installation. A trap for birds, consisting of a twig or stick coated with a sticky substance. It would have been used in combination with a small cage hidden in the bushes, in which a bird was kept as a decoy.
** The buildings gardens are designed by Nicol Ridley. The design took into consideration the ecosystem of the site, the buildings aesthetics and policy, as well as the artistic content (the incorporation of pistacia shrubs).
*** Thanks to Alexandros Velaoras for this information. 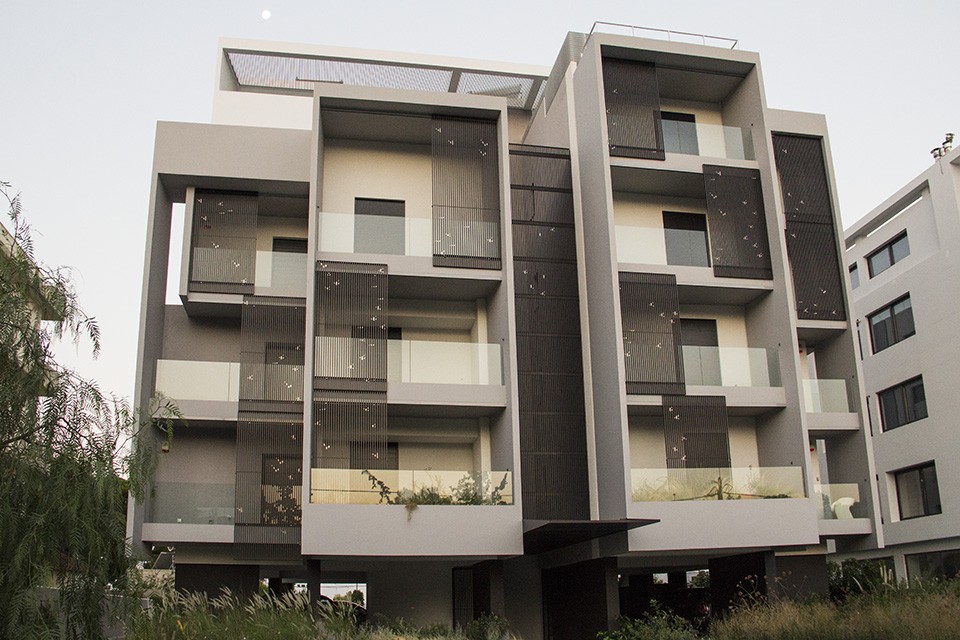 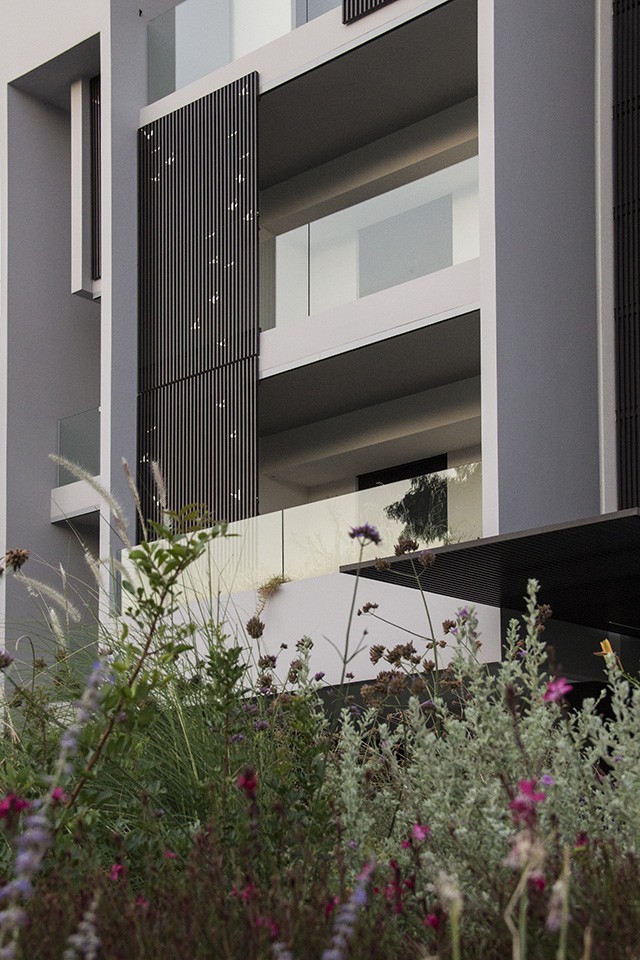 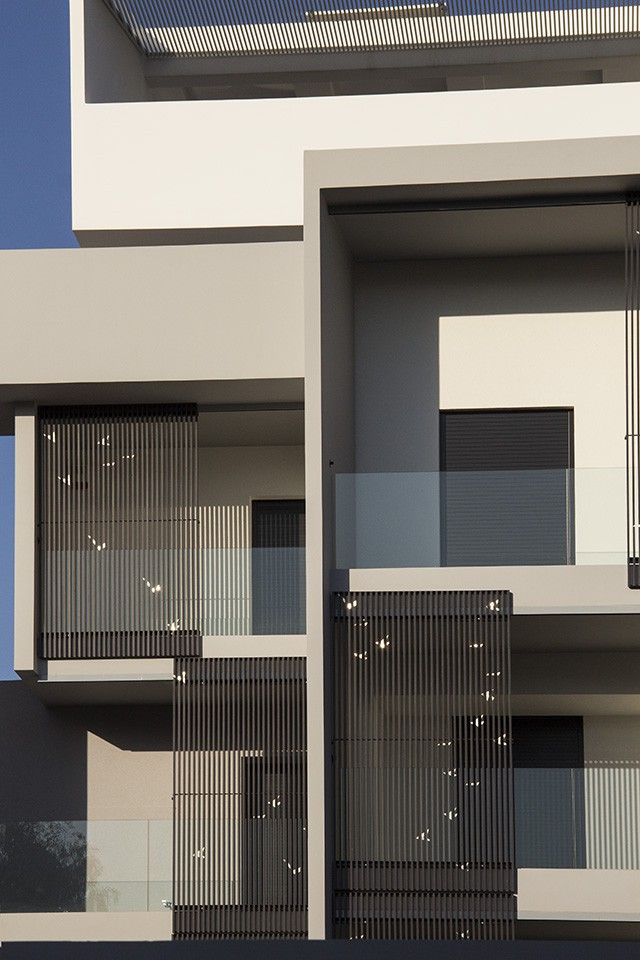 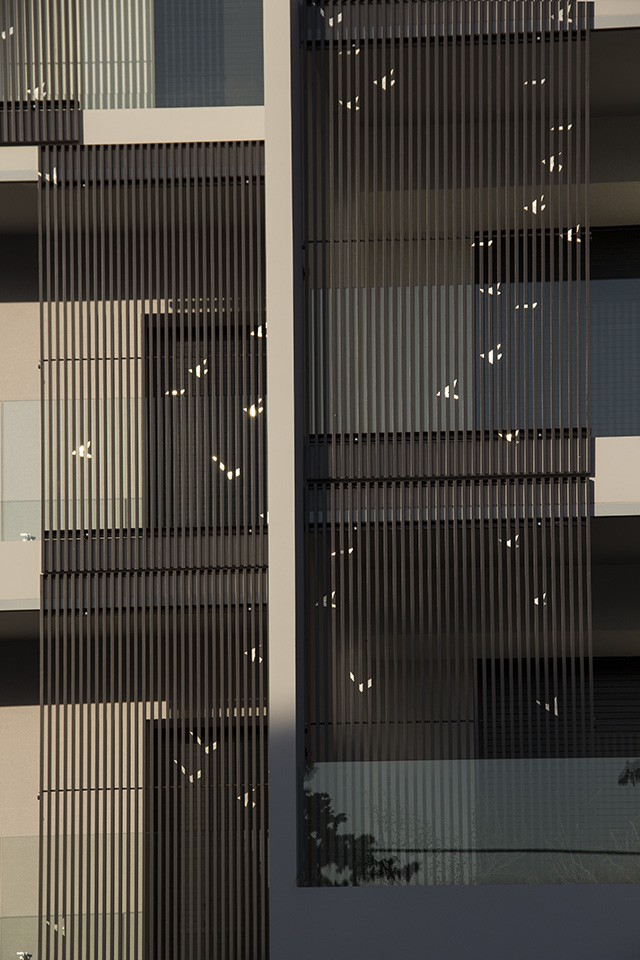 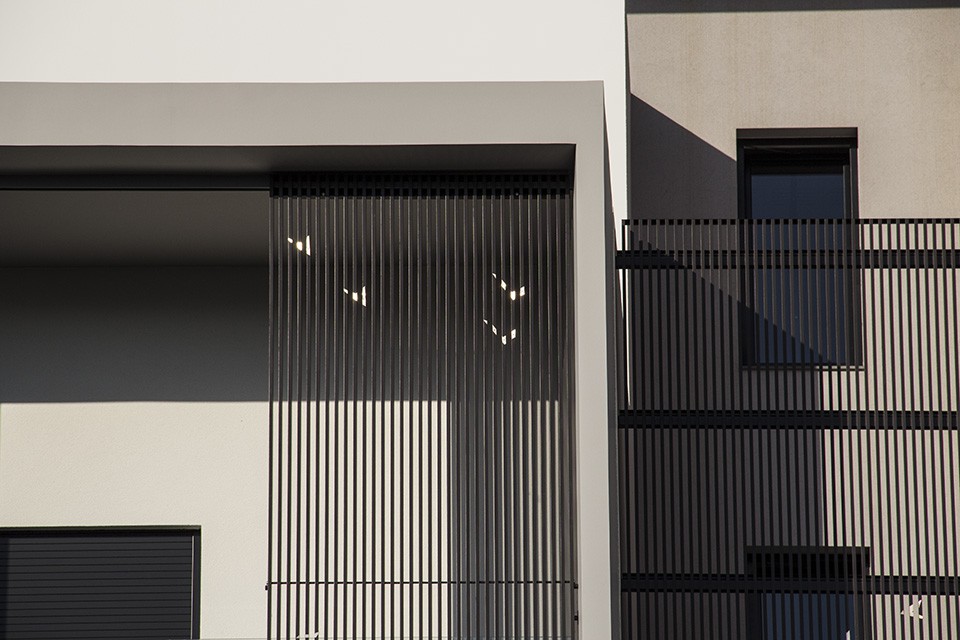 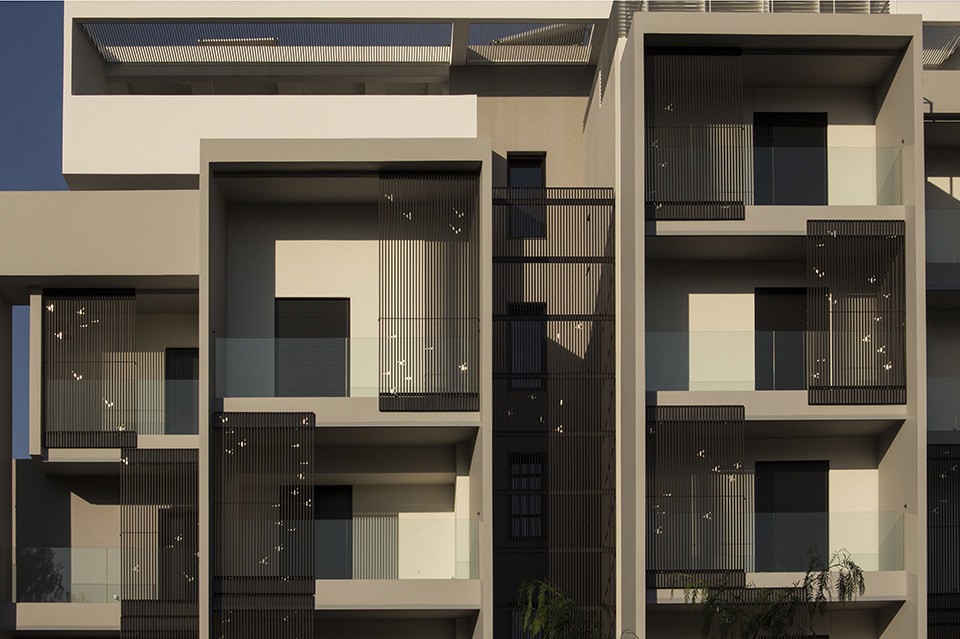 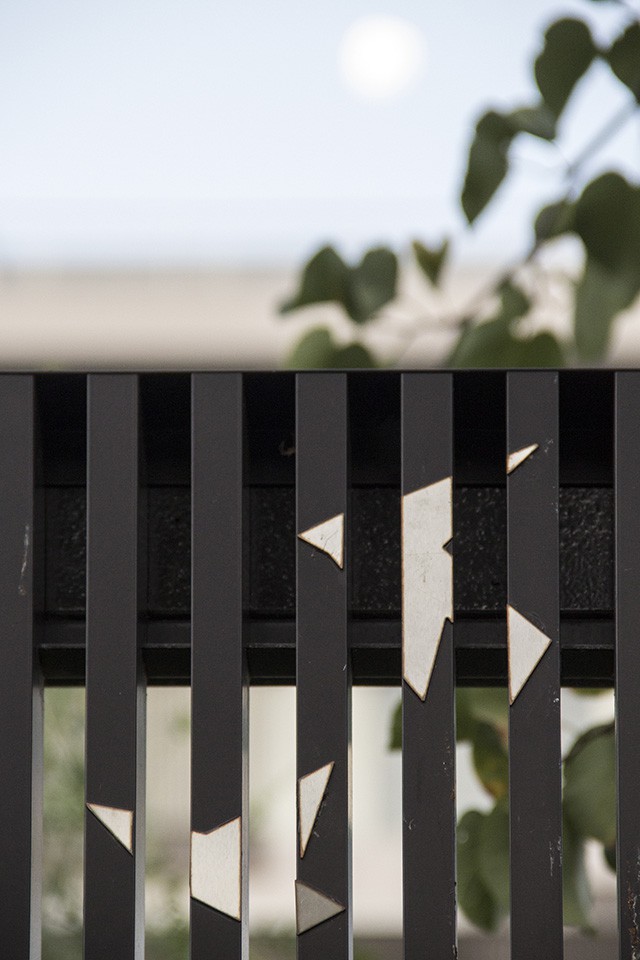 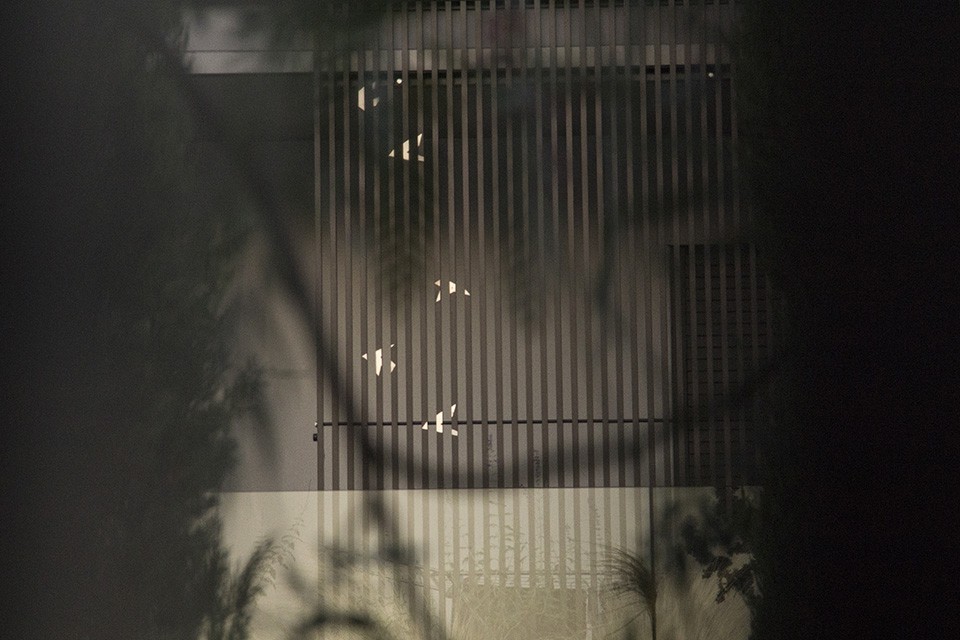 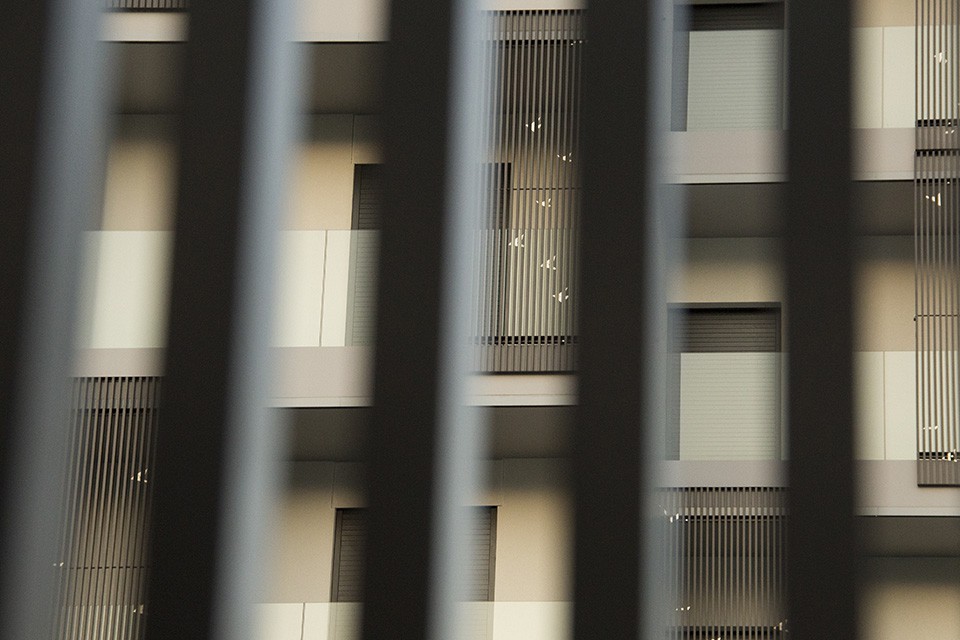 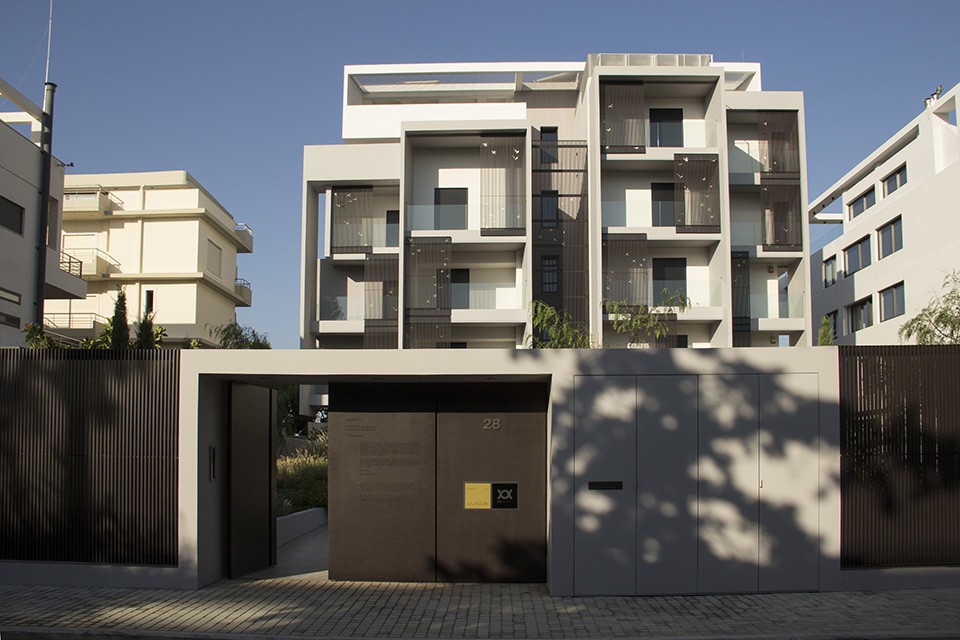 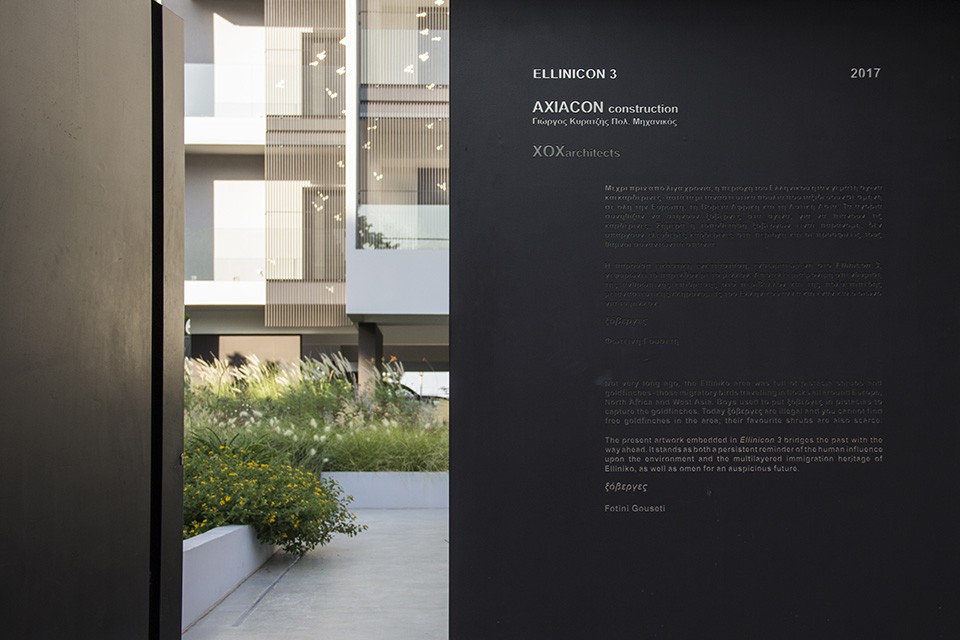 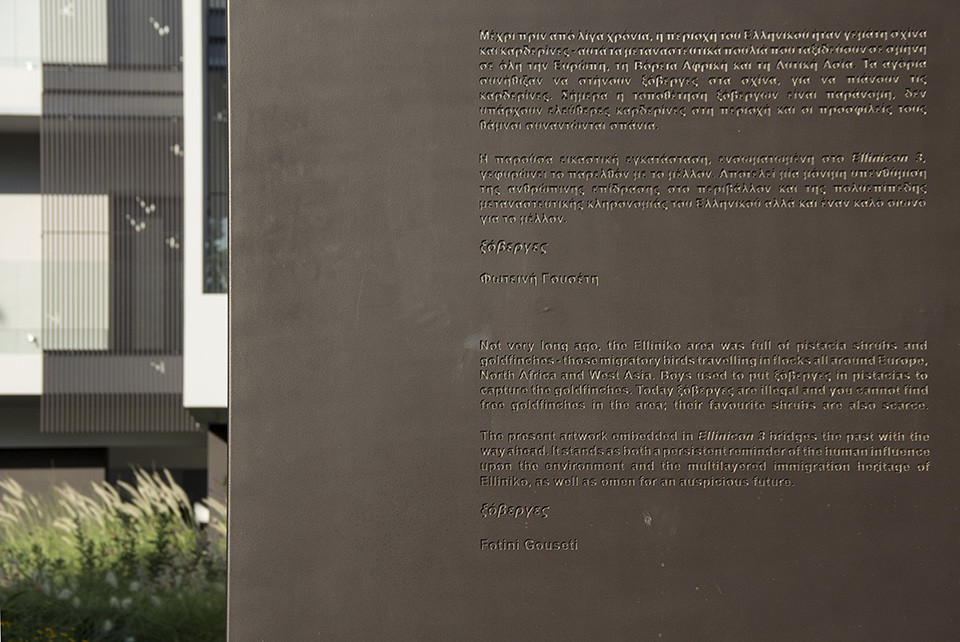 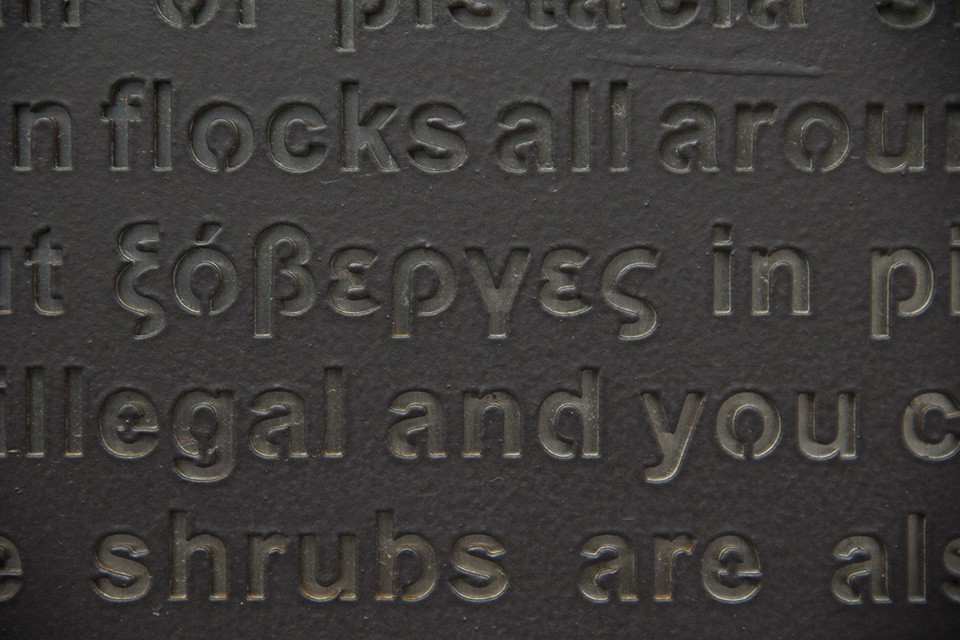 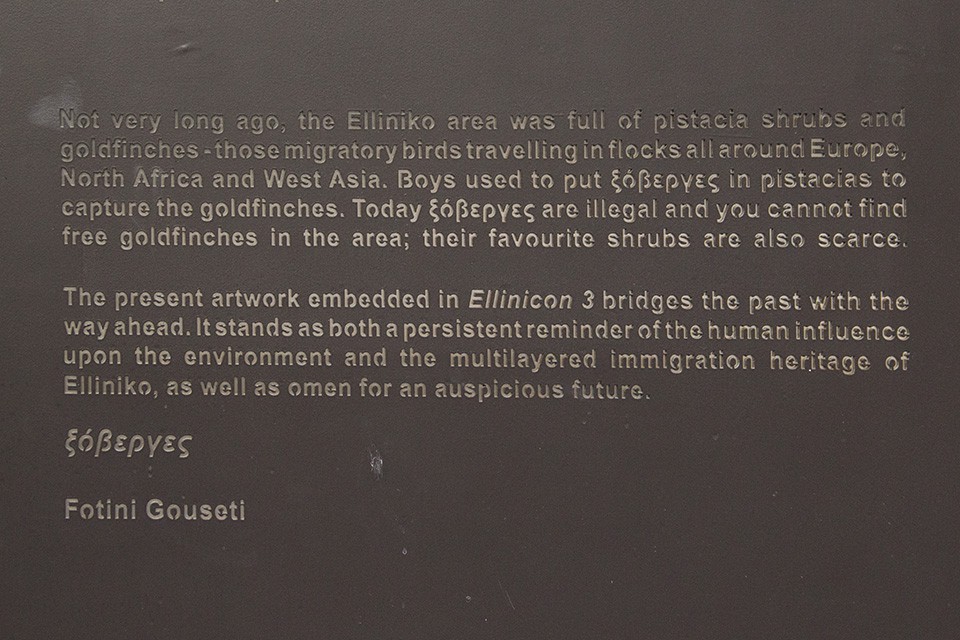 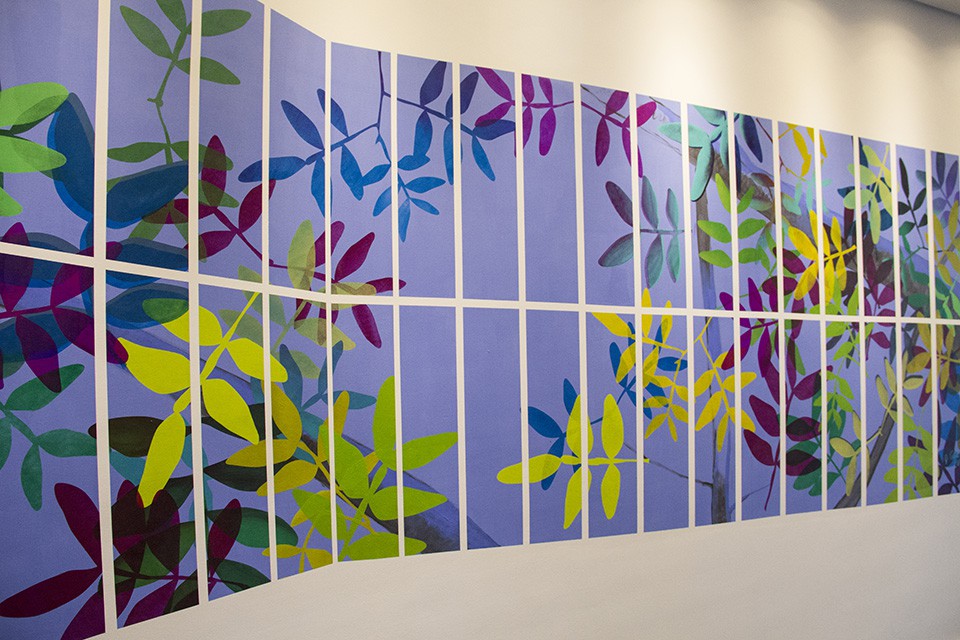 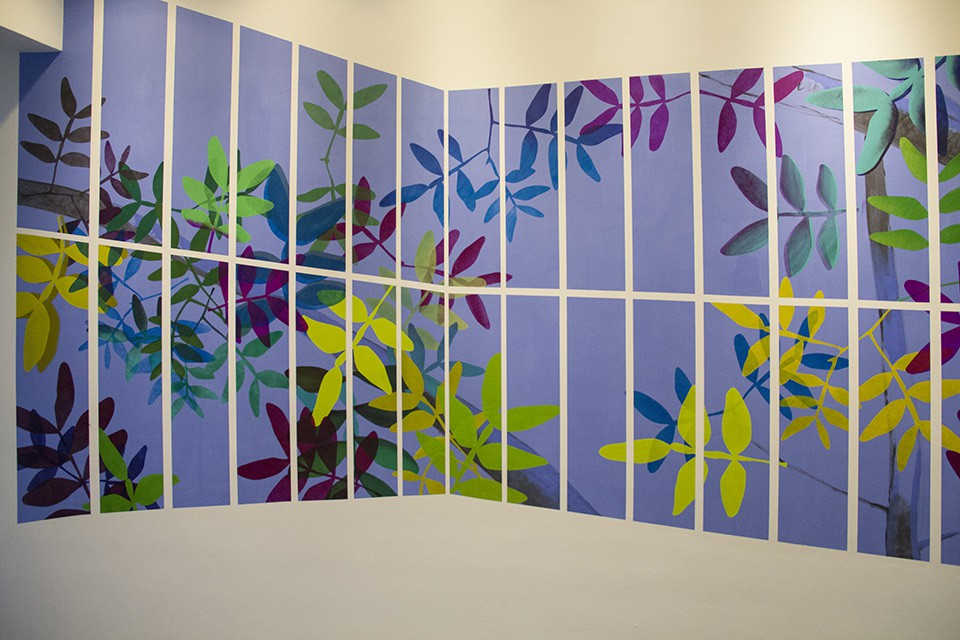 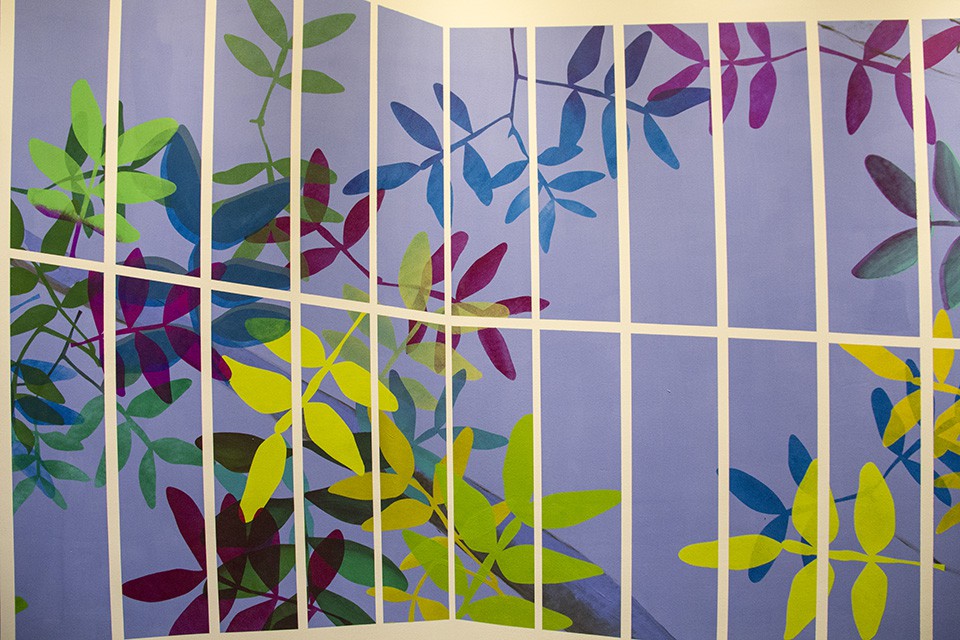 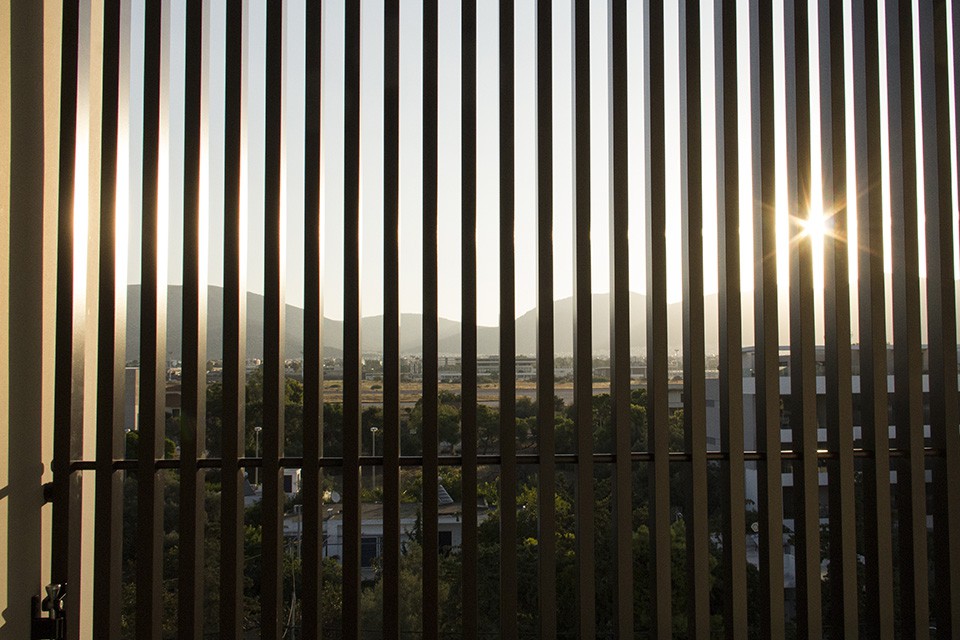 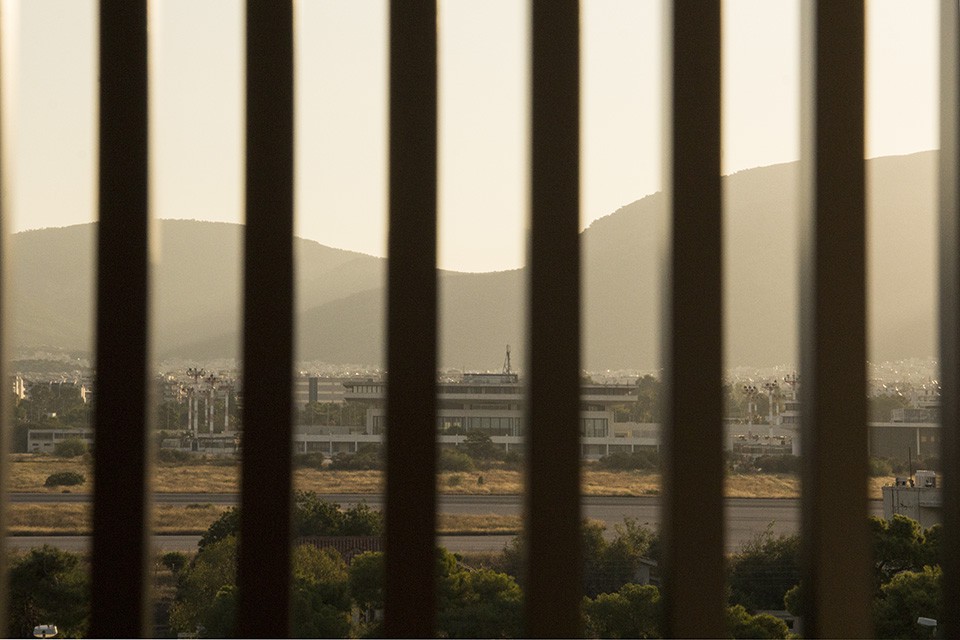